As shown in the figure, the diamonds are scattered throughout the matrix, and the action relies on the matrix to slowly wear during the drilling, so as to expose more diamonds. The bit is mounted onto a drill stem, which is connected to a rotary drill. Water is injected into the drill pipe, so as to wash out the rock cuttings produced by the bit. An actual diamond bit is a complex affair, usually designed for a specific rock type, with many channels for washing.

The drill uses a diamond encrusted drill bit (pictured on the right) to drill through the rock. The drill produces a “core” which is photographed and split longitudinally. Half of the split core is assayed while the other half is permanently stored for future use and re- assaying if necessary. Although a larger diameter core is the most preferred it is the most expensive. The most common diameter sizes of core are NQ and CHD 76.

Merely advancing the drill by rotary action (and washing) causes a core to be extracted inside the barrel as shown. However, at a depth of perhaps 300 m, there must be a way to retrieve the core and take it to the surface. Constantly withdrawing the entire heavy drill pipe is impractical, so methods were developed to pull up the core inside the barrel. If the rock would always be solid granite, and the core would always break at the drill bit, then it would be a simple matter to stop the drilling, and lower a simple grabbing device by a wire and pull up the core. Unfortunately, many applications require an undisturbed core in fractured rock, which calls for elaborate wire-line devices. 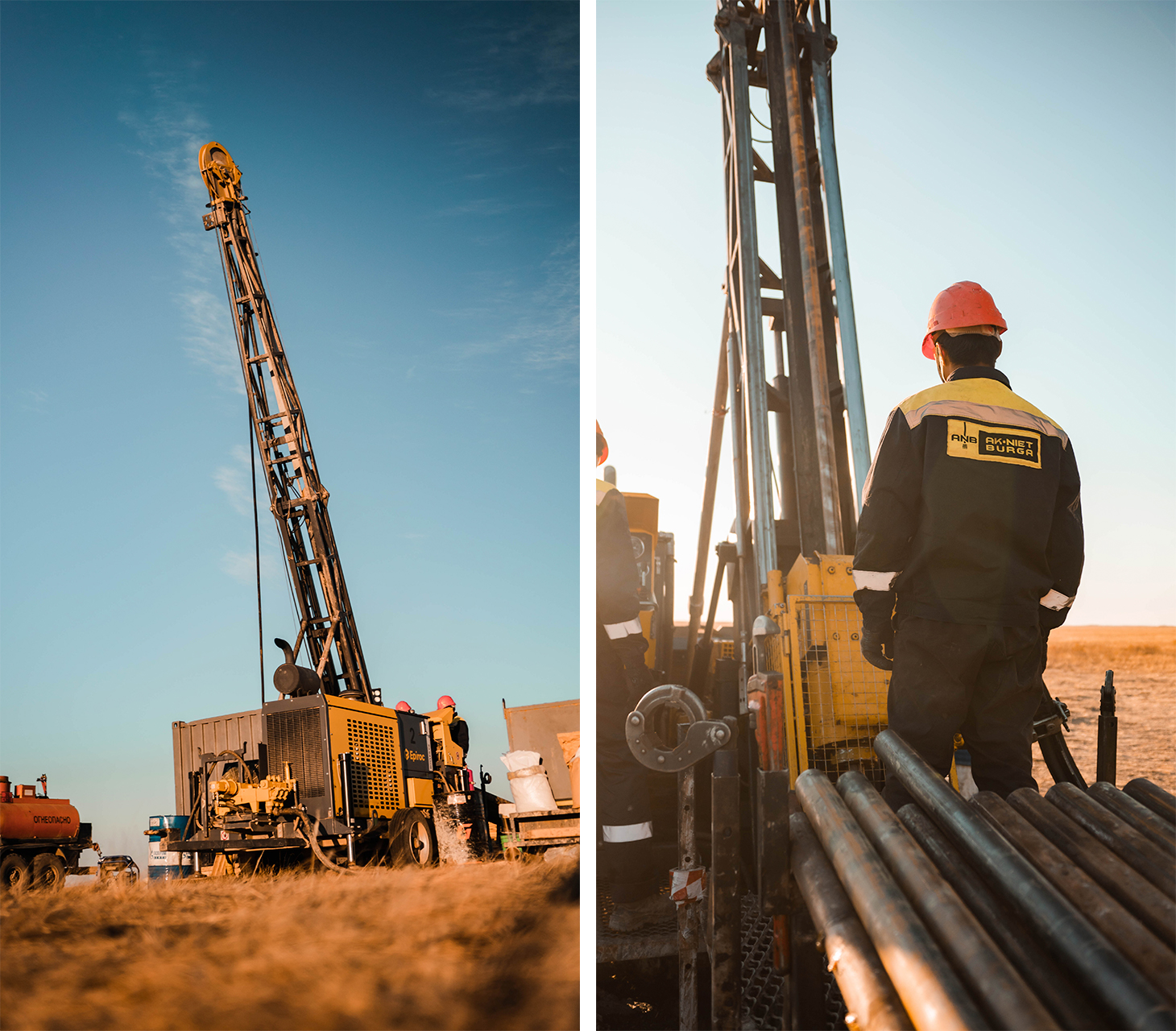 RC drilling is similar to air core drilling, in that the drill cuttings are returned to surface inside the rods. The drilling mechanism is a pneumatic reciprocating piston known as a “hammer” driving a tungsten-steel drill bit. RC drilling utilizes much larger rigs and machinery and depths of up to 500 metres are routinely achieved.

RC drilling ideally produces dry rock chips, as large air compressors dry the rock out ahead of the advancing drill bit. RC drilling is slower and costlier but achieves better penetration than RAB or air core drilling; it is cheaper than diamond coring and is thus preferred for most mineral exploration work. 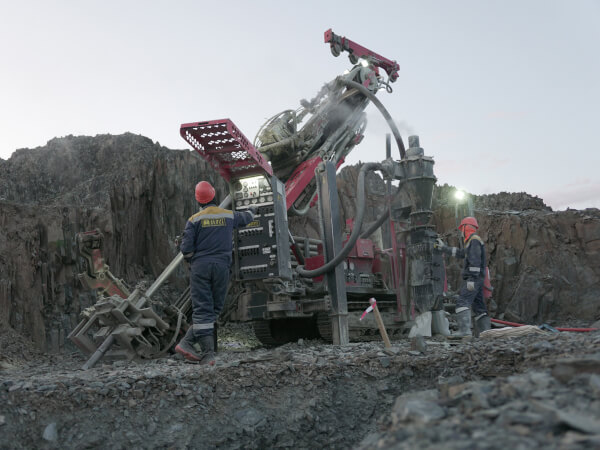 Reverse circulation is achieved by blowing air down the rods, the
differential pressure creating air lift of the cuttings up the “inner tube”, which is inside each rod. It reaches the “bell” at the top of the hole, then moves through a sample hose which is attached to the top of the “cyclone”. The drill cuttings travel around the inside of the cyclone until they fall through an opening at the bottom and are collected in a sample bag.

The most commonly used RC drill bits are 5-8 inches (13–20 cm) in diameter and have round metal ‘buttons’ that protrude from the bit, which are required to drill through shale and abrasive rock.

Although RC drilling is air- powered, water is also used, to reduce dust, keep the drill bit cool, and assist in pushing cutting back upwards, but also when “collaring” a new hole. When the drill reaches hard rock, a “collar” is put down the hole around the rods, which is normally PVC piping or metal casing. Collaring a hole is needed to stop the walls from caving in and bogging the rod string at the top of the hole. Collars may be up to 60 meters deep, depending on the ground, although if drilling through hard rock a collar may not be necessary.